Find out what's been happening across our coastal nature reserves with Warden Dan Doughty's blog.

With help from the North East warden team the first week of the month was spent coppicing at Reydon Wood. Coppicing on rotational plots creates a variety of open conditions that allows diversity of plants and invertebrates to persist. The cut wood will then in turn be processed and sold as firewood next winter.

The second week of February saw plenty of snow across our reserves thanks to the efforts of Storm Darcy, aka the Beast from the East II. For several days we had fun clearing mountains of the white stuff that had inundated the track to the farm whilst making sure that the cows and ponies were kept well fed.

Once the snow had melted away, there were subtle hints of spring in the air as skylark began to sing across the high fields, a yellowhammer belted out its signature tune amongst the scrub: "a little bit of bread and no cheese," whilst a stormcock known to most as the mistle thrush was vocal most days from atop the tree canopy adjacent the barn where a stock dove too was heard calling.

At Hen Reedbeds we added the finishing touches with the Softrac and created a new viewing point; be on the lookout for snipe feeding amongst the muddy margins and lurking bittern – that have been reported on several occasions throughout the month. There was some encouraging numbers of teal, wigeon, curlew, redshank and lapwing by the recently restructured pools and we were all chuffed to see the return of our grey herons to their nest site in the trees. And finally, in the last weekend of the month excitement ensued with a white-tailed eagle being noted on several occasions circling the Blyth Estuary before moving north-west across the reedbeds where it was last seen. 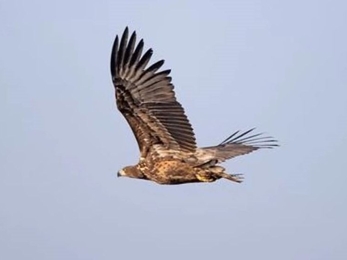 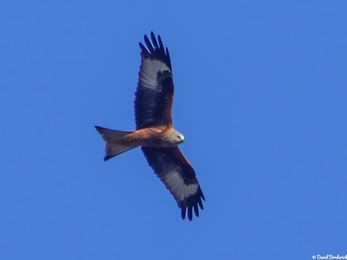 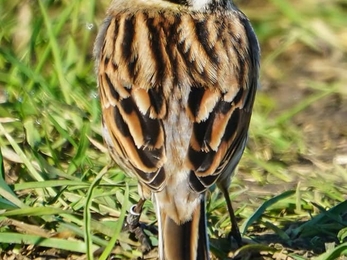 October brought wet and windy weather along with some fine autumn arrivals and a spectacular starling murmuration.