Volunteers are working hard preparing the new centre for its opening to visitors later this autumn. The reserve is also being prepared for wild visitors, as our migratory birds and wintering wildlife start flocking in. Read on for wildlife news from across the Suffolk Broads and to hear about the volunteers that make it all happen.

The new habitats on Peto's and Share Marsh are filling up with a range of migrating birds which are stopping off to feed. Green, common and wood sandpipers can be seen feeding along the muddy edges of the scrapes and pools, adding to the beautiful soundtrack of the marshes with their distinctive calls. Sandpipers can be identified by their distinctive bobbing motion, similar to that of a pied wagtail. Green sandpipers are being spotted most days on Peto's Marsh at the moment, mostly seen on their own feeding along the scrape edges, calling loudly as they fly off looking like an oversized house martin. Green sandpipers rarely nest in the UK and are dissimilar to many of our common breeding wader species because they nest high in trees, using old birds nests and squirrel dreys. Other birds to see on the marshes include a great white egret, which has been seen regularly on the original scrape, and little ringed plover and little grebes which are still being seen regularly from the new Peto's hides.

The new boardwalk through Sprats Water will soon be open and just in time to get close up views of young buzzard and sparrowhawk cruising through the air calling loudly to their parents. Birds of prey are often their most obvious at this time of year, the young birds being less secretive as they call loudly whilst taking their early flights and still pestering their parents for food. A few weeks ago preparations were being made to attract hobbies to nest in this area of the reserve again, an artificial nest has been installed high in a tree overlooking the miniature broads with a nest camera ready in place. Fingers-crossed hobbies decide to breed next year in this desirable residence. Nest cameras have also been installed in a barn owl box and kestrel box, now home to jackdaws and stock doves, but come spring these cameras should hopefully make great viewing from the new visitor centre with a coffee and slice of cake. 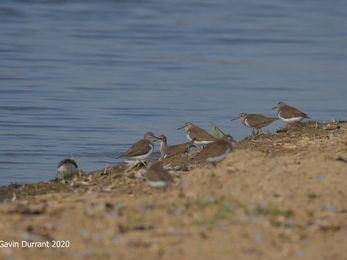 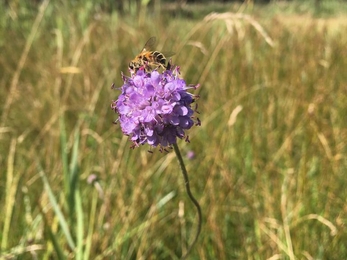 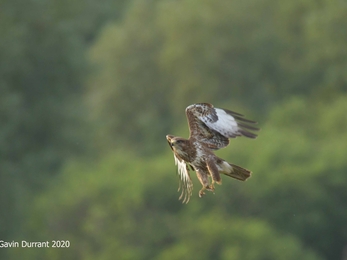 Volunteers and staff have been working hard at the new centre since we were finally handed the keys at the end of August. Turning their hands to anything, volunteers have been building tables and chairs for the café, grass seeding and wildflower seeding areas around the centre, moving furniture in and so much more! They have been the first to enjoy their lunch overlooking the marsh, and it won't be long before visitors will be able to enjoy some of the last autumn warmth on the new decking areas.

Across the reserves autumn can be hectic, finishing off hay making before the rain comes and topping off the marshes for wintering duck and geese. Oulton Marshes is home to a diverse array of wildflowers, such as marsh pea, marsh valerian and bog bean, which all benefit from the marshes being hay cut when possible. 2020 is the first year that the most botanically diverse marsh, know as Butchers marsh, has been hay cut. Unfortunately, the soft waterlogged peat which makes these marshes so perfect for rare marsh plants also means they are treacherous places for heavy farm machinery. This year however was a success, and the volunteers will be grateful not to be clearing the marsh by hand again. 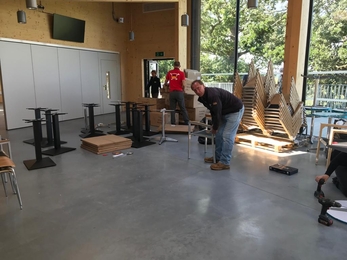 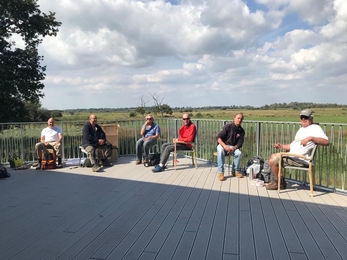 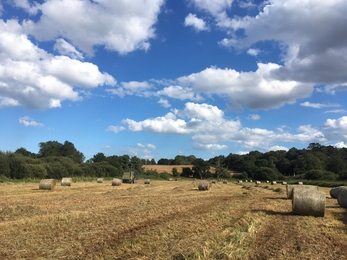 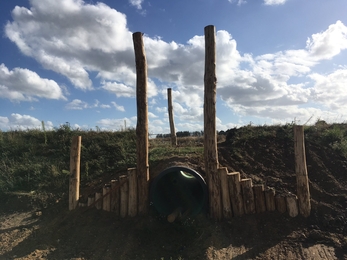 Insects are stealing the show here at Carlton Marshes, whilst the excitement builds for the visitor centre opening in late September.…