Work begins to create 1,000 acres of wildness at the gateway to the Broads National Park

Destination reserve at Carlton Marshes will form a gateway to Broads National Park, create a refuge for wildlife and generate more than £1million per year for local economy

Following a £1million public fundraising appeal and the award of £4million from The National Lottery Heritage Fund, the Trust purchased a parcel of 348 acres of land, which flanks the existing reserve and creates a gateway to the Broads National Park.

Now, after years of detailed planning, contractors have begun work to create swathes of wetland habitat on the new land of Share Marsh and Peto’s Marsh. This will involve the digging of scrapes (shallow pools, which are excellent for supporting wading birds) and the creation of what will be one of the biggest reedbeds in Suffolk.

Matt Gooch, Broads Manager, said: “After all the work behind the scenes, and the generosity of National Lottery players, donors and backers, it feels like we are now almost in touching distance of what will be a truly spectacular reserve.

“The restoration will, of course, take time, but the positive impact it will have for wildlife and for visitors will last for generations. It is a very exciting time.”

The work, which initially was going to take place over a three-year period, will now all take place over six months, as part of efforts to reduce disturbance to both wildlife and visitors.While it may take a year or two for the reserve to “bed in” and become a breath-taking panorama of wildness stretching from horizon to horizon, the increase in muddy areas as a result of the movements of heavy machinery is likely to mean an almost immediate increase in bird numbers visiting Carlton Marshes.

Work on the reserve’s visitor centre, which has been designed to fit beautifully into the landscape, is also due to begin this year and should be open by the middle of 2020.

Once finished, the reserve, which has already been named as one of the top three in the UK by Countryfile Magazine, will attract around 120,000 visitors per year, with annual offsite expenditure (in B&Bs, pubs and cafes etc) forecast to reach £1,371,500 and supporting up to 43.5FTE local jobs.

Julian Roughton, Chief Executive of Suffolk Wildlife Trust, said the creation of a destination reserve in the county had benefits beyond wildlife.

“The restoration of this special corner of East Anglia will bring rich rewards not just for Suffolk’s wildlife but also for the local economy. The 1,000 acres of reedbed, fen and wetland scrapes will support some of East Anglia’s iconic species such as fen raft spider, marsh harrier, bittern and crane."

He added: “The wildlife and special landscape of the Broads attracts people from across the UK and our new visitor centre for Carlton Marshes, with its views and walkways across the marshes, will enable more people, from near and far, to explore this area and discover the wonders of the natural world.”

The works across site will mean that access to the reserve will change in the coming months and visitors are asked to look out for signs and information boards at the site. Regular updates will also be posted on Carlton Marshes’ Facebook page. 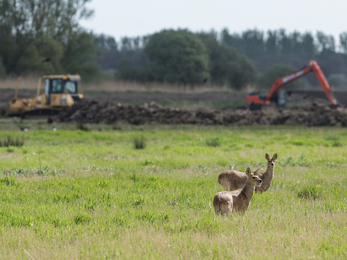 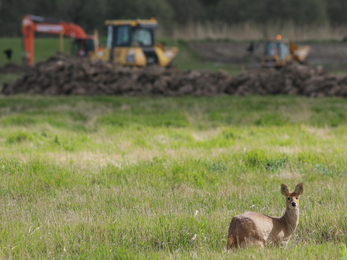 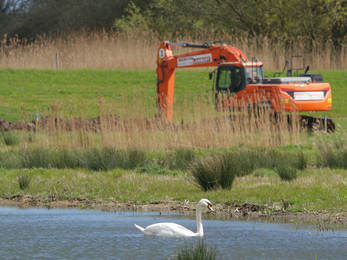 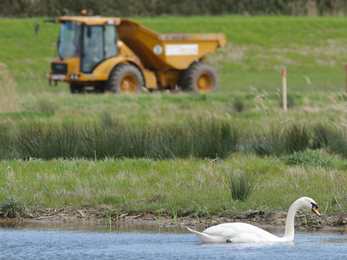 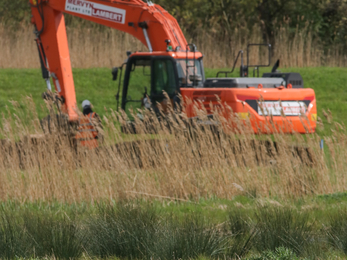 With Suffolk’s network of rivers, lakes, ponds and marshland, the county is brilliant place for winter ducks and geese. Some of the best…

In 2018, the World Wildlife Fund and Zoological Society of London’s Living Planet Report estimated that the total population of the…

Our Wild Mural Trail in Lowestoft

To celebrate the amazing Carlton Marshes nature reserve, the gateway to the southern Broads, we’ve created a series of four murals…