Ellen Shailes
More winter arrivals are using the new habitats at Carlton Marshes whilst Waxwing are being seen regularly across urban Lowestoft. Read on for wildlife news from across the Suffolk Broads, Carlton Marshes habitat creation updates, and to hear about the volunteers that make it all happen!

Winter migrants keep appearing at Carlton Marshes with bigger numbers than we have seen before. Whooper Swan, White-fronted Goose, Pink-footed Goose and Golden Plover have all been visiting us in greater numbers than usual. The first wetland bird survey of the winter bought us hundreds of Lapwing and Snipe. Numbers of Wigeon are now increasing on the reserve and can be seen flying between Peto's Marsh and Oulton Marshes across the Oulton Dyke. For a behind the scenes look at the new habitat creation come to Carlton Marshes on December 15th for a guided walk with the Site Manager, Matt Gooch.

Waxwings aren't a bird of the marshes here at Carlton, but a bird of supermarket car parks and urban roadsides. In recent weeks Lowestoft has seen Waxwing in locations as romantic as the roundabout at the entrance to north quay retail park and weston road junction in Gunton. Flocks of as many as 23 birds have been seen feeding in Rowan and other berry producing trees and bushes throughout Lowestoft. With their brightly coloured feathers Waxwings bring a tropical feeling to grey and gloomy urban areas, however these birds actually breed in Russian and Scandinavian forests. They migrate to the UK to feed in winter and prefer urban areas because of the berry covered bushes that are often planted. The remote areas that they breed in and therefore their lack of contact with humans means they are quite confiding birds. You can often stand metres away from a brightly coloured flock feasting on berries.

This week I've been looking back at Fen Raft Spider survey results and also at some of the brilliant photographs from volunteers. The results show a greater than usual spread in their distribution this year, with webs found in 4 new dykes. So far the Fen Raft Spiders at Carlton Marshes have spread out from where they were released in 2012 very slowly. It seems promising that they are now increasing their range at Carlton Marshes, just as we are improving the habitat on the adjacent marshes. In the future perhaps the populations at Castle and Carlton Marshes will meet in the grazing marsh dykes along the Waveney. 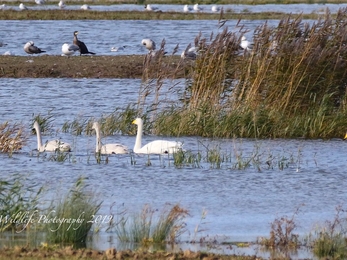 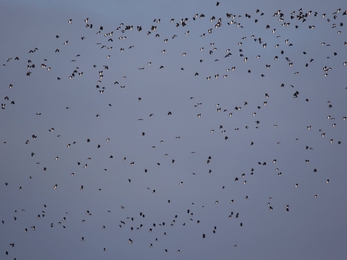 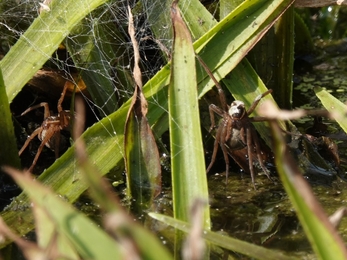 Its been a muddy few weeks here with Site Manager, Matt Gooch, firing mud across the reserve and volunteers getting covered head to toe in mud at the work party. We love mud here at Carlton Marshes and so does the wildlife. Every year we create new footdrains (small dykes about a foot wide and a foot deep) across the marshes. In the past footdrains were dug by hand in order to drain water from the marshes. Now we create footdrains for wildlife by using our huge tractor driven footdrain machine which turns like a corkscrew in the soil sending mud flying. This improves the habitat for breeding waders like Lapwing by increasing the amount of surface water and wet mud across the marsh.

Volunteers have been helping to clear a path to the new tower hide, as well as clearing willow scrub from in front of it. The part of the job everyone enjoys most is the bonfire. I feel akin to hunter-gatherers on the primeval marshland staring at the flames covered in mud. I can't say if the volunteers feel the same! Whilst clearing and burning scrub we often hear noisy Water Rail calling out of sight. Water Rail are usually very difficult birds to see, but easy to hear as they squeal like a stuck pig out on the marsh. We hope that visitors will have a better chance of seeing these elusive birds in the pond in front of the tower. 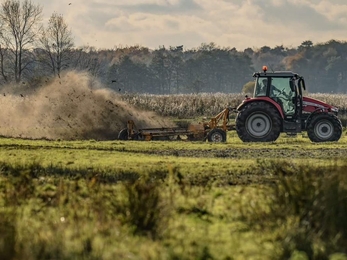 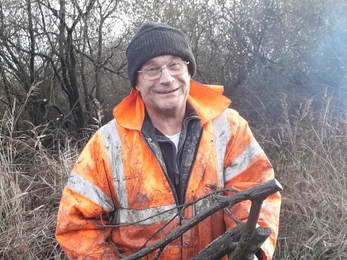 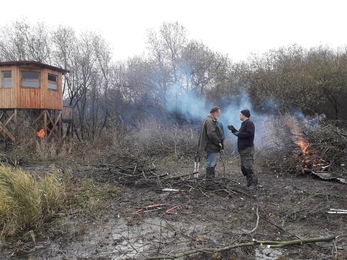 Volunteers are working hard preparing the new centre for its opening to visitors later this autumn. The reserve is also being prepared…

Insects are stealing the show here at Carlton Marshes, whilst the excitement builds for the visitor centre opening in late September.…