Life in lockdown has been difficult for many of us, but wildlife at Carlton Marshes has been thriving. Returning to work after weeks away has lifted my spirits, seeing the success of the new habitat creation as well as the numbers of local people who have visited the reserve for the first time during lockdown.

Despite a difficult May for many across the county, the month has been marvellous for wildlife here at Carlton Marshes. On one of my first days back to the reserve I headed out to complete a bird survey on Share Marsh, first onto the fen in front of the new tower hide. I was delighted by views of barn owl flying back and forth to their box with prey, it seems the chicks have recently hatched as I'm told these frantic feeding flights only just started. The new tower hide will provide spectacular views of barn owl for visitors when it opens. Heading to the other new hide, the lookout, along one of the newly-surfaced footpaths, I was overwhelmed by the sounds of warblers. Sedge, reed, willow and grasshopper warbler singing from all sides. From the lookout hide I watched house martins and swallows drinking from the newly created scrapes. This hide has been designed with children in mind, who will be able sit behind floor to ceiling glass to view house martins collecting mud to build their homes.

The habitat creation on Peto's Marsh has also proved a huge success, with many species breeding on the reserve for the first in this diverse habitat of deep and shallow pools of water, dykes and bare mud. Shelduck, little ringed plover and common tern are some of the new arrivals to the reserve. Common tern can now be seen hunting along the river and the deeper dykes throughout the reserve, then heading back to their nests out on Peto's Marsh. Waders are doing particularly well with about 24 pairs of avocet, 20 pairs of lapwing and 15 pairs of redshank nesting. The avocet are unmissable as they attack any potential predators that come near their precious chicks. A great place to spot avocet chicks is from the new hide now accessible on Peto's Marsh near the river Waveney ferry crossing, where a pair of avocet have successfully reared their chicks to near fledging. Peto's Marsh has been transformed into a wildlife paradise, drawing in an array of unusual birdlife as well. Recent visitors include a spoonbill which seems to be sticking around, glossy ibis and white-winged black terns. 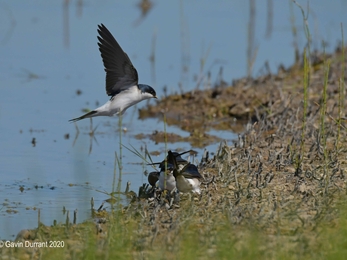 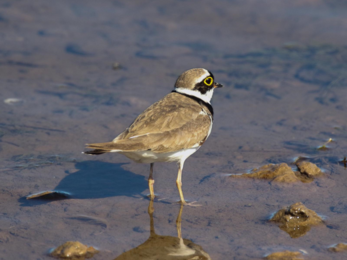 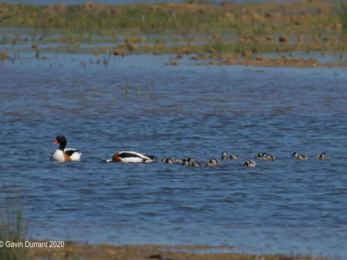 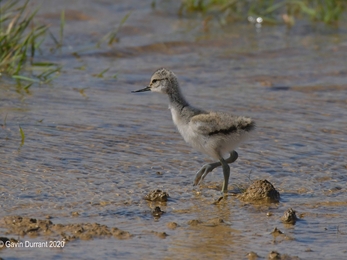 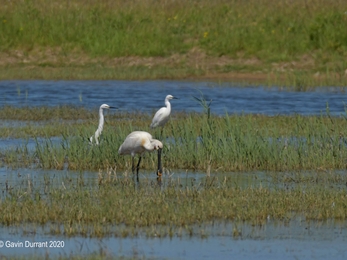 Although the opening of the centre has been delayed due to the lockdown, construction has started again and it's really starting to take shape. The huge windows now in place at the front of the building give you a feel for how it will be to sit in the café looking out over the marsh. Across the site some paths have reopened whilst others have had to close to allow for path work to be completed. There are now newly-surfaced footpaths which will take visitors out from the centre across the marsh to the new hides. Many local people have visited the reserve for the first time during lockdown, and have discovered a beautiful place on their doorstep to enjoy walks with family and friends. It's been great telling new visitors that soon they'll be able to enjoy a drink and some cake whilst their children enjoy the play area on visits to Carlton Marshes. 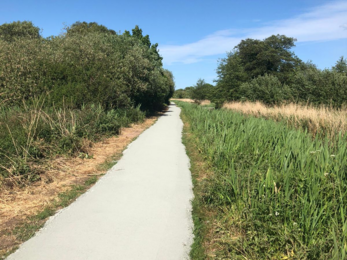 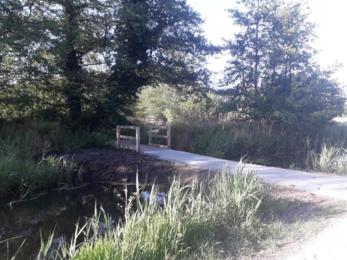 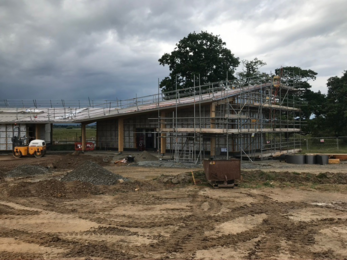 Even more scrape creation in the Suffolk Broads...

It's been a busy month for wardens on the north east reserves, without the usual helping hands of volunteers. Its been just as busy…