This week our Reserve Wardens have seen a flourish of fungi appear across our reserves, our Hebridean sheep have settled into a new grazing location at Bromswell Green and fen raft spiders have been spotted keeping a careful eye over their nursery webs.

Aleuria aurantia is also known as the orange peel fungus, due to its resemblance to discarded orange peel. Aleuria aurantia is frequently seen flat to the ground or with a cup-like appearance with upturned edges. The cups are irregular in shape and may have a split or fold in on one side. Aleuria aurantia has thin and fragile sheets of orange, and they can come together looking like petals that form a rosette-like shape. Because of the cup shaping of this fungus, it has also been referred to as the orange fairy cup fungus and can grow to the size of a small orange.

Aleuria aurantia was first described in 1800 as Peziza aurantia by Christiaan Hendrik Persoon, he was a German mycologist, and the epithet aurantia is Latin for orange, due to its vibrant colour. In 1870, the mushroom was renamed Aleuria aurantia by German botanist Karl Wilhelm Gottlieb Leopold Fuckel. In Greek Aleuria aurantia roughly translates as ‘Golden Flour’; the ‘flour’ may be a reference to the whitish underside and the ‘golden’ its colour.

The Parasol mushroom Macrolepiota Procera is commonly found in open grassland, woodland openings, heathland and city parks, growing in great amounts when found. At full size, both its cap size and height can reach 40cm.

The hedgerows at Foxburrow Farm are rich with berries, hips and haws which will provide essential food for birds and mammals over the autumn and winter. 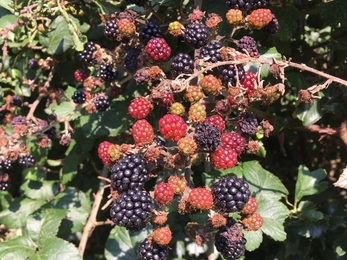 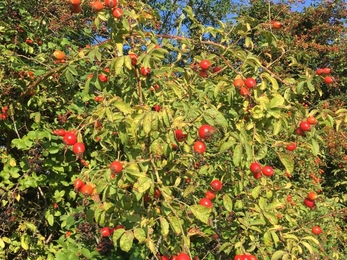 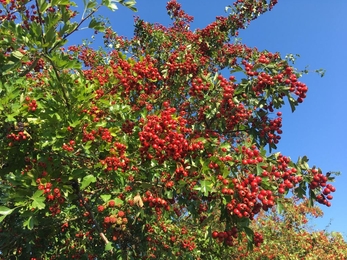 Our flock of Hebridean sheep have been doing a sterling job of conservation grazing at Bromeswell Green. We think this ewe certainly looks very pleased with herself!

It is a great time to spot the rare fen raft spider, Dolomedes plantarius, in the dykes at Carlton Marshes. Look out for their distinctive nursery webs, and wait patiently, as the mother will nearly always be close by! 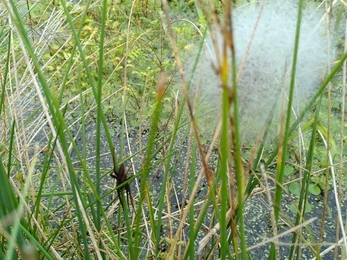 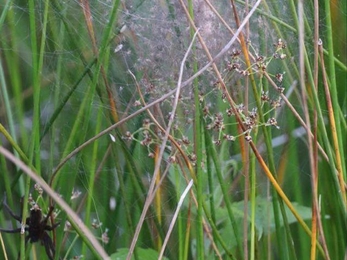 This week our Reserve Wardens have seen an array of invertebrates such as fox caterpillars, hunting hornets and bush crickets and…

Have a sneak peek at the new visitor centre at Carlton Marshes, and catch up on this week's news and wildlife sightings.

This week our Reserve Wardens have been taking a closer look at some of the flora that grows on our sites, and Trimley Marshes gets a…