We all find ourselves in a national lockdown, but our reserve teams are still working hard to care for and manage our nature reserves. Please do not travel to visit our reserves. Our reserves remain open for local walkers although our visitor centres and hides are closed. You can find out more here.

Heathland recreation - before and after

Warden, Carl Ansell, uses a variety of management approaches to promote heathland habitat. Hebridean sheep graze the area to selectively manage heather, and swathes are also cut in the heather top promote a mosaic of structure. As these photos show, heathland restoration work of this ex-arable land has been an overwhelming success. The second photo was taken 20 years ago and shows the same area where the sheep are now (facing in the opposite direction) - what a transformation!

Taken 20 years ago, this shows the same area where the sheep are today, which has been transformed from ex-arable into heathland – Ben Calvesbert

Hen Reedbeds gets a trim

This week the North Suffolk team collected the Softrak for some reed cutting at Hen Reedbeds. Dan Doughty, Assistant Warden, can be seen here cutting sections of reed to encourage structure and diversity within the reedbed and to encourage marshland plants to flourish.

Hawk Honey, Lackford  Lakes Visitor Officer, made and installed some new bee hotels on the side of the visitor centre this week. Hawk said ‘the original bee hotel I put up six years ago was a huge success attracting a Red Data Book 3 (Rare) species of bee called the large-resin bee. It’s also where I found a Stelis breviuscular, a cuckoo bee of the large resin bee, and the first ever sighting of this species for Suffolk, previously only found in southern England!’

Cuckoo bees are brood parasites. Their procreation is very similar to the bird of the same name. What makes them parasites is the fact that they don’t look after their own brood. Instead, they lay their eggs in the host’s hive and leave, knowing their offspring will live on, most probably at the expense of the unsuspecting host.

Hawk continued ‘The old bee hotel had fallen apart after six years so I am hoping these new cells (which can be duplicated to make an interesting feature) might attract some other firsts for Suffolk and add more dots to the map!’

Where you find bees, you are likely to find parasitic wasps like the one pictured below, Ephialtes manifestator, also photographed on the old bee hotel drilling her ovipositor into some bee cells. Another first for Lackford’s records. 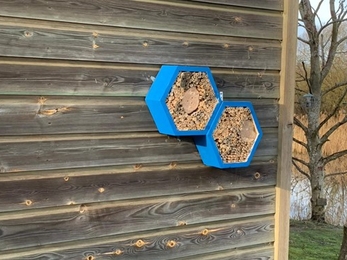 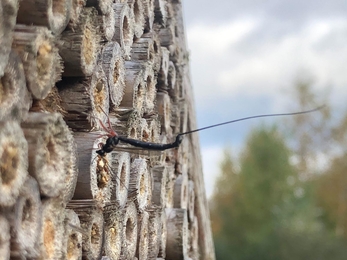 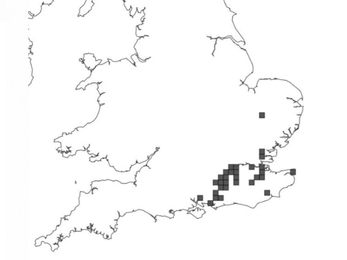 An icy morning at Trimley Marshes

We have had a couple of very frosty mornings this week. Charlie McMurray snapped these icy scenes at Trimley Marshes, including a marsh harrier barely visible in the mist! There are, however, signs that spring is around the corner, with the hawthorn already coming into blossom. A badger also left this very large paw print in the mud on the reserve! 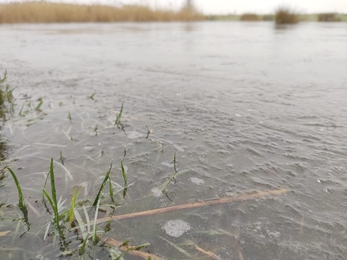 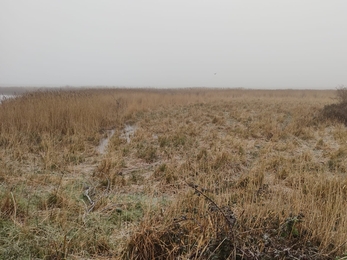 A marsh harrier in the mist at Trimley Marshes – Charlie McMurray 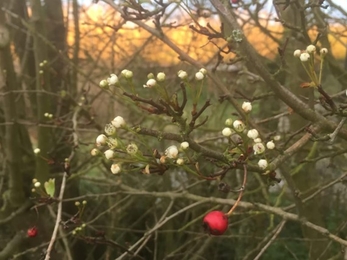 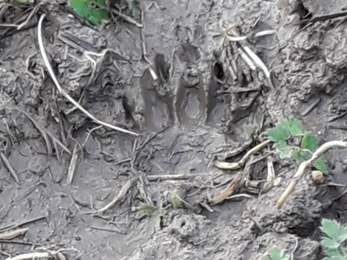 Then the sun lit up Snape Marshes!

We also saw some glorious sunshine after the icy starts. Andrew Excell, Sites Manager, captured some tranquil scenes at Snape Marshes whilst carrying out safety checks on site. 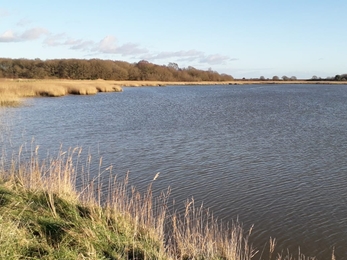 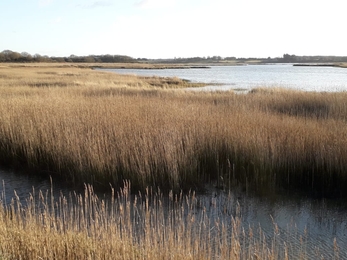 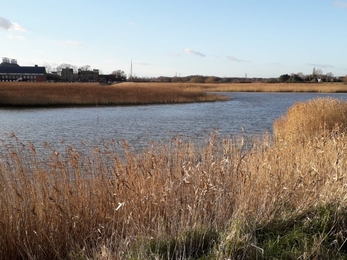 The lesser redpoll is a small finch of mixed woodland, birch scrub and wet woodland. It spends much of its time feeding on seeds and invertebrates in tall trees, especially birch, alder and larch. It has recently been split from the common redpoll to form a separate species. It can be seen in flocks, often with siskins, and is becoming a more common garden visitor. The Lackford Lakes team caught this one on camera getting a hearty meal from the feeding station close to the visitors centre. Notice how the finch has a small black bib, and a distinctive red forehead.

Spring is in the air! We've seen and heard some wonderful signs of the new season, and also spotted some more exciting mammal…