This week our brilliant volunteers helped maintain open habitat for nightjar, and we saw a cluster of great white egrets, some lovely lichen fruits and fungi and a quite a variety of weather conditions!

Andrew Hickinbotham, Lound Lakes Warden, spotted a total of eight great white egrets at the nature reserve this week. Several cormorants and a grey heron were also seen perching on the dead trees above the lake. See how many you can spot in his photos below, don’t miss the ones hiding in the reeds and trees at the far end!

Our brilliant team of volunteers got stuck in with pine tree removal at Rendlesham Forest this week. Removing pine trees maintains an open habitat which is valuable for birds such as woodlark and nightjar. These rare birds depend on open areas within the forest and are the reason Rendlesham Forest is designated as a SSSI. These before and after photos show the results of their hard work.

We were very disappointed to find this vandalism at Church Farm nature reserve this week, with fencing and an interpretation panel ripped out and broken. The team acted promptly to reinstate this new fence at the reserve entrance and will fix and replace the signage in due course.

David Stansfeld, Heaths & Meadows Intern, spotted this charming fungi Stereum hirsuitum on dead wood at Newbourne Springs whilst undertaking scrub management. The fungi’s rippling fruits have given rise to its amusing common names ‘hairy curtain crust’ and ‘false turkey tail’. Scrub is valuable habitat and its management is needed at the reserve to maintain an area of heather heathland that is being restored within an ex-arable field. Open heathland habitat benefits invertebrates such as bees, wasps and beetles.

Saturday saw quite significant snowfall across many of our nature reserves, with some lovely scenery and interesting footprints to be seen. 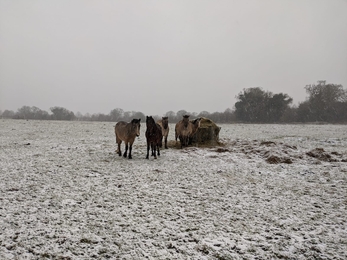 Ponies in the snow - Jamie Smith 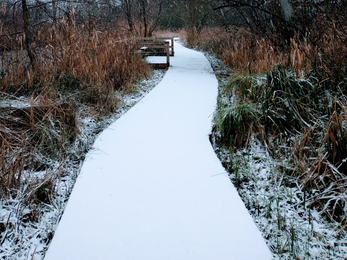 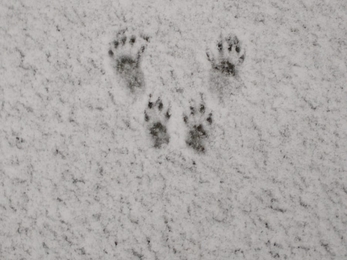 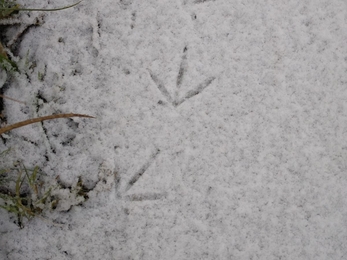 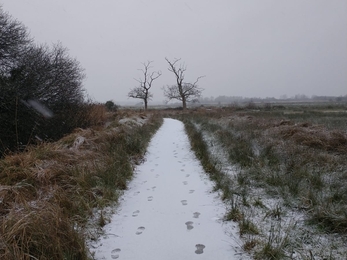 A break in the clouds at Lackford Lakes

It has been quite a week for weather over in the west of Suffolk. Persistent rain has saturated the ground and compromised the integrity of some of the more mature trees and coppice stools on parts of Lackford Lakes nature reserve. With subsequent high winds, some of these stools have partially or fully collapsed like the one pictured below. Depending on the location of such a tree the reserves team may decide to cut the tree back or ‘re-coppice’ to encourage young growth this spring or simply leave the stool to naturally adjust to its new situation. If the roots remain intact this can introduce some interesting features and micro niches for wildlife to exploit. Lackford Lakes nature reserve is a mixture of Breck grassland, scrub, wet woodland, reeds and open water. During a break in the weather Hawk Honey, Visitor Officer, captured the atmosphere of a typical winters afternoon that you may experience during a future visit. 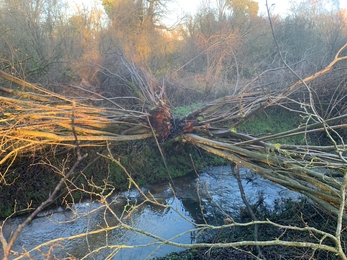 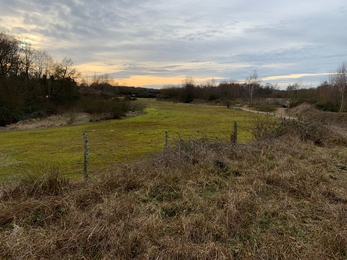 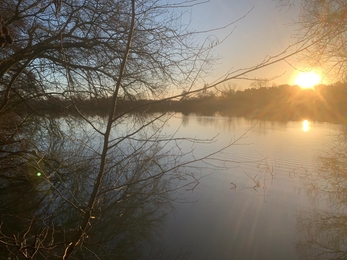 Spring is in the air! We've seen and heard some wonderful signs of the new season, and also spotted some more exciting mammal…