Rare natterjack toads, water rails taking over our "otter cam", and an array of orchids. There's been lots happening on our reserves across the county this week.

Water rails steal the show on our "otter cam"

Water rails are notoriously difficult to spot in the wild, skulking in the shadows of reedbeds and marshland and they are one of the many ground nesting birds at Carlton Marshes, favouring thick vegetation, perfect for their slender body to squeeze through unnoticed.

We were delighted when our Carlton Marshes otter trail cam picked up not only an adult but a chick too, although the chick got a telling off, with the chick being chased away. We’re not sure what the chick was after from its parent but we wouldn’t like to get on the wrong side of that bill as they have been known to spear their prey.

Our camera also caught a mating scene too, so move over otters.

Norfolk, the water rail was called ‘Sharmer’.  Its distinctive call, which resembles a noise of a squealing piglet, is referred to as ‘sharming’, and this term is still used today.  If you are lucky, you’ll hear water rail sharming at Carlton Marshes.

A rare amphibian on Sizewell Belts

Back in spring Assistant Warden, Charlie McMurray captured on film a female natterjack toad spawning in a shallow pool at Sizewell Belts. As the footage shows, the spawn is a long string (1-2m), with just one row of eggs per string. The clutch will contain up to 7,500 eggs. Charlie has been following the progress of these very rare amphibians and photographed one of the developing tadpoles now with silvery hind legs.

Smaller than the common toad, the natterjack toad breeds in warm, shallow pools in just a handful of special places in England and Scotland. They are mainly nocturnal; in the spring, the males all sing together at night to attract females and their calls can be heard up to a mile away.

The natterjack toad is more olive-green in colour than the common toad, and has a distinguishing yellow stripe running down its back. It tends to run instead of walking or hopping, giving it the name the 'running toad'.

Moth in disguise as a wasp

This curious-looking yellow-legged clearwing moth was spotted at Mickle Mere recently. Unlike most moths, clearwing moths are active in the daytime. These moths are harmless but have evolved to mimic the warning stripes of a wasp to deter predators.

With an unmistakable frothy blossom, Lady’s bedstraw is a very distinctive plant with soft clusters of bright yellow flowers that smell of hay and has been spotted on our Sizewell Belts reserve this week. The leaves are narrow, dark green and in whorls. It often creeps amongst grasses, sending up tall flowering stems in summer and is related to the plant cleavers, or 'sticky willy' Galium aparine.

Before the advent of the modern mattress, lady's bedstraw was a popular choice for bedding thanks to its soft, springy quality and pleasant scent and its astringent quality may have been used as a deterrent against bed fleas.

According to one medieval legend, the Virgin Mary gave birth whilst lying on a bed of lady's bedstraw and bracken. The bracken refused to acknowledge the baby Jesus and in doing so lost its flower. Lady's bedstraw, however, bloomed in recognition. As it did so its flowers changed from white to gold. The flower also has an association with giving birth in Norse mythology.

In the past, Scandinavians used lady's bedstraw as a sedative for women in labour. Frigg, the goddess of married women, was said to help women give birth. As such they called it 'Frigg's grass'.

The new Carlton Marshes Visitor Centre will give fantastic views across the marshes for people to enjoy, and it is an amazing home for wildlife.  Swift boxes have been installed behind the burnt larch cladding, as well as bat sized gaps in the panels to allow access.  There are gaps on different faces of the building allowing for hibernation roosts and nursery locations.

A fragment of medieval woodland

Reydon Wood stands the testament of time, a fragment of medieval woodland.  The sunlight glancing through the canopy and the flower-studded rides are a delight this summer.

Reydon woods used to look very different, however, and this site shows the resilience of nature. Once choked with conifers, a thick layer of pine needles covered the floor, a cry far from the humus–rich mulch that now carpets the woods providing many species with habitat in which to thrive. 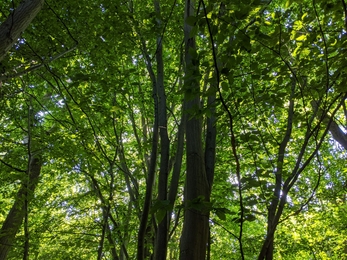 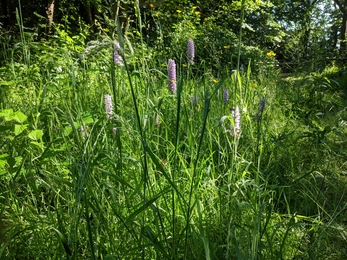 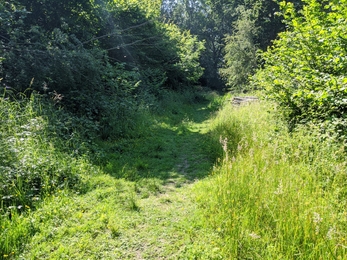 An array of orchids and other fen plants have been showing at Market Weston Fen this week. Common spotted orchid, southern marsh orchid, bog pimpernel, fragrant orchid and marsh helleborine orchids have all been spotted by our reserves team.

Fragrant orchids, just one of the orchid species spotted this week, lives up to its name producing a sweet, orangey smell at its most fragrant in the evenings. The flowers cluster together in a cylindrical shape creating a densely packed flower spike and the flowers usually display in pink but can also be white and purple.

Marsh helleborine is a beautiful orchid found growing in fens, damp grassland, marshes and dune slacks. This orchid can be found flowering from July through to August and has white and pink flowers, forming a loose flower spike of about 20 flowers. This orchid is unfortunately declining due to habitat loss. 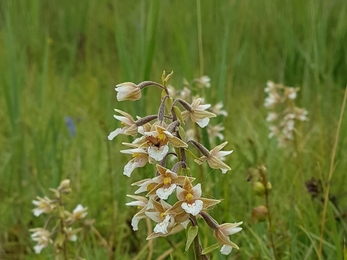 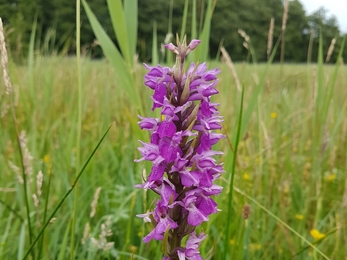 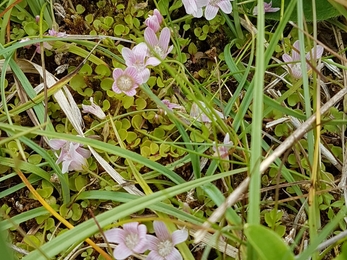 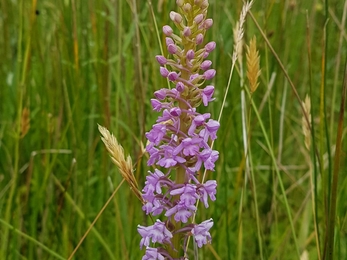 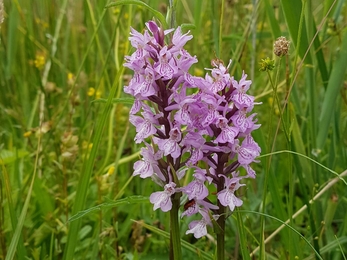