The latest news from our reserves, this week a fresh Norfolk hawker, a pair of black-winged stilts, our reserves got a spruce-up and we spotted lots of wildflowers and fungi.

This pristine newly emerged Norfolk hawker dragonfly was snapped at Dingle Marshes this week. The rare Norfolk hawker is a pale brown dragonfly, with a distinctive yellow triangle on its body and green eyes. It is only found in the unpolluted fens, marshes and ditches of Norfolk and Suffolk Broads.

Mickfield Meadow is looking spectacular in the recent summer sunshine, with an array of buttercups, daisies, speedwell, stitchwort and clover. 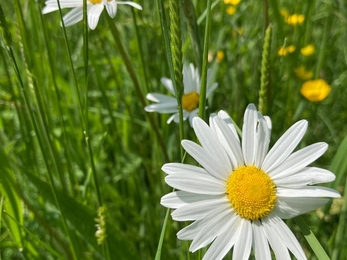 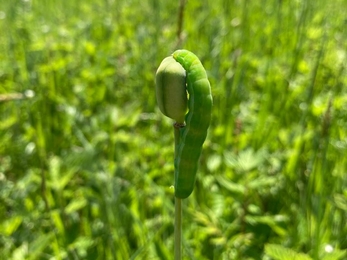 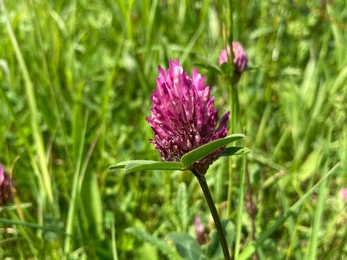 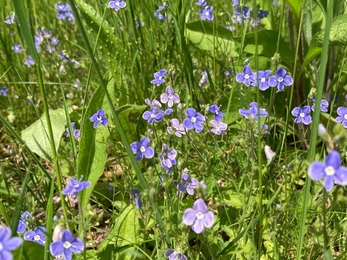 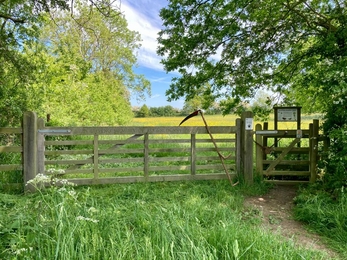 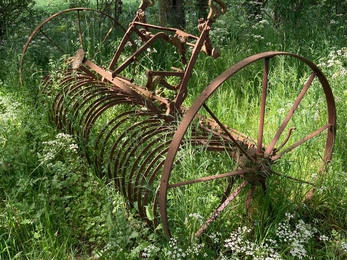 Oulton Marshes is buzzing with life recently as dragonflies and damselflies take to the wing, with scarce chaser and four-spotted chaser being seen amongst water violet, which is currently flowering in the dykes. Ellen Shailes, Broads Warden also filmed the pollen dispersing from meadow foxtail grass on the reserve this week.

A pair of black-winged stilts paid a visit to Trimley Marshes this week, causing great excitement as these birds are extremely rare in the UK. As their name suggests, these graceful black and white waders have extremely long pale legs. Unfortunately, the team at Trimley didn’t manage to snap the fleeting visitors, but we have found a photograph of a stilt in a different location so you can admire its striking pink pins!

Alex contributed this image of yellow pimpernel Lysimachia nemorum from Bradfield Woods this week. He said ‘It is very similar in form to the familiar disturbed ground specialist, scarlet pimpernel, although rather less well known. It has flowers typically 1 to 1.5cm across with sometimes four but most often five pointed petals and long pointed sepals. Mainly a creeper, yellow pimpernel can grow to 40cm, but 15 to 25cm is more typical. It is mainly a plant of shady places, and it does particularly well in damp deciduous woodlands like Bradfield and on the verges of tree-lined country lanes.’

Lysimachia, the genus name, is in honour of Lysimachus, (c. 360BC - 281BC), a Macedonian general who, as one of the successors to Alexander the Great, became ruler of a large part of the divided Macedonian Empire that had all been Alexander's realm. King Lysimachus is reputed to have fed 'loosestrife' plants from this genus to his oxen in order to calm them down whenever they became agitated and difficult to manage. The specific epithet nemorum comes from the Latin nemorus and means 'of the woods'.

The reserve teams have been busy mowing paths and painting hides and fences this week, in preparation for summer visitors of the human variety! 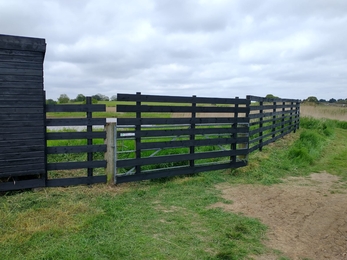 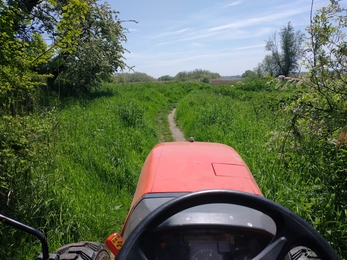 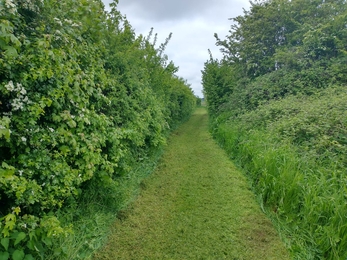 Like many fungi, this Dryad’s Saddle plays an important role in woodland ecosystems by decomposing the dead logs or tree stumps of hardwood trees. Occasionally, however, it can become a parasite and cause a white rot in the heartwood of living trees. Looking at the distinctive markings from this image taken at Bradfield Woods you might exclaim ‘oh yes!’ when you hear it is also known as 'pheasant's back'.

The name ‘Dryad's saddle’ refers to the tree nymphs of Greek mythology called Dryads who could conceivably sit and ride on this mushroom (some other kind of mushrooms inspiring that story telling perhaps!) although they preferred running around woods with Artemis, Goddess of hunting.

The latest news from our reserves. This week - a linnet melody, a cockchafer, cream tiger moth, a large bee-fly and lots more wonderful…

Weekly wild news from our reserves - 28 May

The latest news from our reserves, this week soaring swifts, cows on the move, a swarm of bees, an owl mystery solved and a nest in a…

This week, we’re searching for gold in the form of our natural wonders – violet ground beetles, bugle and yellow archangel and the…