This weekend we show our love and appreciation for mother figures across the UK, and we thought we would take this opportunity to celebrate some of the wonderfully wild mothers in nature.

Invertebrates aren’t always best known for their parenting skills and in most cases exert minimal levels of parental care. However, there are some fantastic exceptions. The common earwig is a good contender for “mother of the year” in the underground world as they provide a great deal of care looking after their eggs throughout the winter.

After mating in the autumn, the female lays anywhere between 30-50 eggs in the soil where she will guard and protect them from hungry predators. A mother’s love within earwigs goes one step further however, as females will spend the winter not only defending her eggs but also licking them clean to keep them from going mouldy! It puts mums’ licking a tissue and coming at you with it into perspective somewhat. This behaviour is very unusual when you look at the levels of parental care in insects who usually abandon their eggs once laid. Any mother that is prepared to lick her 30 – 50 children to save them going mouldy is certainly worth celebrating.

As we know, it isn’t always just down to a female’s hard work and there are some brilliant examples of teamwork and co-parenting among invertebrates. The common sexton are known as insect ‘undertakers’ as they bury dead animals much larger than themselves such as mice and small birds. After clasping eyes on each other on a dead animal corpse, male and females will work together to prepare it by removing hair and feathers and shape it into a compact ball. They will then cover it with anti-bacterial agents in order to slow down the decomposition rate and when all this preparation is done, the female will lay her eggs next to the corpse. Who needs a newly painted nursery filled with toys when you can have a rotting corpse instead?

Once their young have hatched, this is where the common sexton beetle display their unusual behaviour as males and females often also work together to raise the kids, a very unusual occurrence for beetles. Up until they are three days old, the young will beg for food and press on their parent’s jaws triggering them to regurgitate food, a behaviour usually seen in birds when feeding their chicks. At the ripe old age of 4 days old, the young sexton beetles will then start to feed on the corpse that their parents lovingly prepared for them. So far, it seems like the young of the sexton beetle has a pretty good deal with attentive parents, but they do have to watch their step. If the female lays a brood too large for the corpse to sustain, some of the smaller larvae are eaten to ensure there is enough food to go around for most of the brood and increase the chances of offspring survival. Badly behaved young beware!

The bee wolf, one of our largest solitary wasps, provides us with a good example of Mothers doing it by themselves in nature. The bee wolf can be found in sandy areas of lowland heath and coastal dunes and in the past few decades, previously scarce populations have started to expand.

Males gather in a group to form a lek and each male will defend a territory and attract females by giving off pheromones. Once mated, the male plays no further part and its over to the female. The female soon gets to work digging a nest burrow in a sandy bank or sandy floor surface and amazingly these burrows can be a metre long with as many as 34 side burrows each with a brood chamber at the end. Once she has lovingly crafted her intricate burrow, she goes off to hunt a very specific prey, the honey bee. Paralysing them with a sting, the female bee wolf will fly her honey bee back to the nest site and place one in each of the chambers and lay a single egg with it and seal the chamber behind her. Upon hatching, the larva feeds on the honey bee bounty left for them by their mother and once they have gorged themselves, they spin a cocoon to hibernate in through the winter, before emerging in spring. The bee wolf knows how to start the kids off in life.

Our eight-legged friends also have some interesting examples of varying levels of parental care, such as, the wolf spider. We’ve all heard of defensive mothers, but wolf spiders are the perfect example of this in the natural world. Carrying their egg sacs around with them attached to their spinnerets, females exhibit more aggressive behaviour when carrying egg sacks, compared to when they are not. Whilst carrying around her egg sac, the female will still hunt ferociously by ambushing prey, and if she loses her egg sack mid hunt, she will search furiously to find it once again. Her roles of responsibility don’t stop there. Once her spiderlings have hatched, she provides them with a piggyback lift service  for up to 10 days. If one falls off on her travels, she will wait for her young to climb back up onto her back where they will sit in amongst the hairs that help to keep them from falling off too frequently. 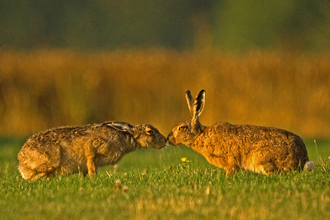 Love is in the air, hormones are running high and our local wildlife is starting to ramp up sexual displays, posturing and wooing. But… 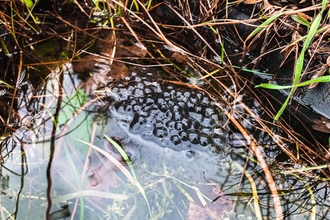 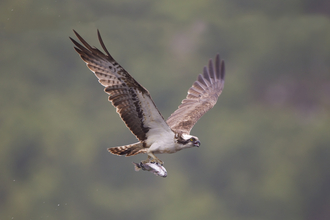 Bringing ospreys back to Suffolk

We now see ospreys on migration here in Suffolk for a few short days in spring and autumn, but it has been many hundreds of years since…

The egg-cellent world of invertebrate eggs

This time of year, eggs are often on people’s mind but usually of the chocolate variety and we wanted to take the opportunity to talk…

Love is in the air, hormones are running high and our local wildlife is starting to ramp up sexual displays, posturing and wooing. But…