Nightingale, famous for its beautiful song, is a migrant bird that overwinters in West Africa, arriving in Suffolk in April and barely spends three months in the county.

Despite this, suitable habitat is critical for breeding success and hence, their long-term survival. Sadly, since the 1960s there has been a massive 90% decline nationally, a pattern unfortunately also reflected in Suffolk. These days, very few people are fortunate to hear their beautiful song.

Traditionally, nightingale is a bird associated with coppice woodland, but a decline in this traditional form of woodland management means they are now more reliant on scrub, such as thick hawthorn, blackthorn and bramble. Unfortunately, though, thick, large areas of scrub are all too often seen as ‘messy’, being removed from the countryside and semi-urban areas at an alarming rate. Other areas of scrub can also be lost under a thick canopy of trees due to lack of woodland management. In Suffolk, the additional pressure of deer grazing removes the important understory of many wooded areas.

At Suffolk Wildlife Trust, we are working hard to create these wilder areas of scrub on many of our reserves, good examples being Arger Fen and Black Bourn Valley. We also encourage farmers and landowners to develop these wild, ‘messy’ areas benefiting not just nightingale but also many other species too. 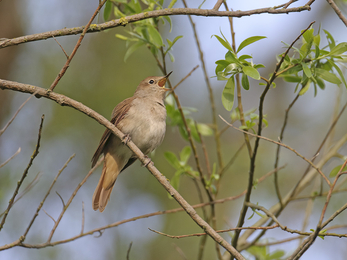 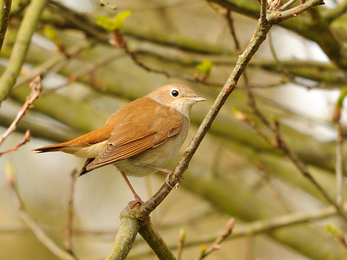 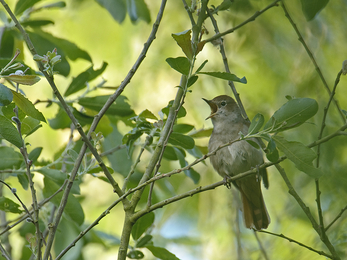